The pastels of the Louvre Museum collections aren’t very well-known because they are immensely fragile, and so they aren’t in any permanent exhibit: they can be seen on request.

This article is a good chance to take a peek to some of them.

Let’s pass the threshold of an imaginary eighteen-century living room and bear the awkwardness that the confrontation with certain glares could cause, as if we had interrupted something…

The characters we find, incredibly expressive thanks to the pastel technique, are mostly prominent figures of the XVIII century.

It’s impossible not to fall into the temptation of salon gossip. So, let me introduce you to a famous love triangle:

The portrait of the Marquise de Pompadour painted by Maurice Quentin de La Tour (1704-1788) between 1752 and 1755 met a very specific need of the beautiful Jeanne-Antoinette, who had already been the King’s favorite for ten years.

The marquise wanted to promote her new self-image of a woman of refined taste, patron of the arts, artists herself, and sensitive towards the new ideas promoted by the Enlightenment.

De La Tour managed to include each one of those aspects in the details of his work, a delicate assembly of eight sheets of blue paper, including the one with the model’s face that he had surely painted live.

Quentin de La Tour, recognized by his peers as “the prince of pastel painters”, stood out not only for the perfect illusionary portraying of matter, dresses mostly, but also and above all for the attention he reserved to the model’s psychology.

Many artists, each with his own way, followed de La Tour’s example, generating a real debate between oil and pastel painters.

The second technique, in fact, needs shorter sittings and a fresher skin tone, more realistic, things that made the fortune of this technique in the XVIII century. On the other hands, the works are incredibly fragile, being not much more than a delicate deposit of colored powder.

The great pastel portrayers weren’t just men: in 1770 the Royal Academy of Painting and Sculpture welcomed Marie-Suzanne Roslin (1734-1772), who had stood out for her astounding portrait of Jean-Baptiste Pigalle (1714-1785) praised by Diderot himself!

The Academy must have felt somehow threatened by the increasing number of emerging female talents since that year they limited the number of possible new female members to 4!

One of the most famous, mainly for her oil portraits, was Élisabeth Vigée Le Brun (1755-1842) who received prestigious assignments directly from the Royal Family until she became the favorite portraitist of queen Marie-Antoinette.

And here’s another couple who made people talk, portrayed with the pastel technique by Madame Le Brun herself.

The success of pastel painting started to dwindle with the French Revolution and the public turmoils of the first half of the XIX century.

The symbol of the levity of a time that had run its course, the Ancien Régime, the delicate and faint pastel slowly gave way to the miniature, more practical to keep… and to transport if you had to run away!

Some nostalgic artist, however, persisted in keeping the tradition alive, and with such outcomes! 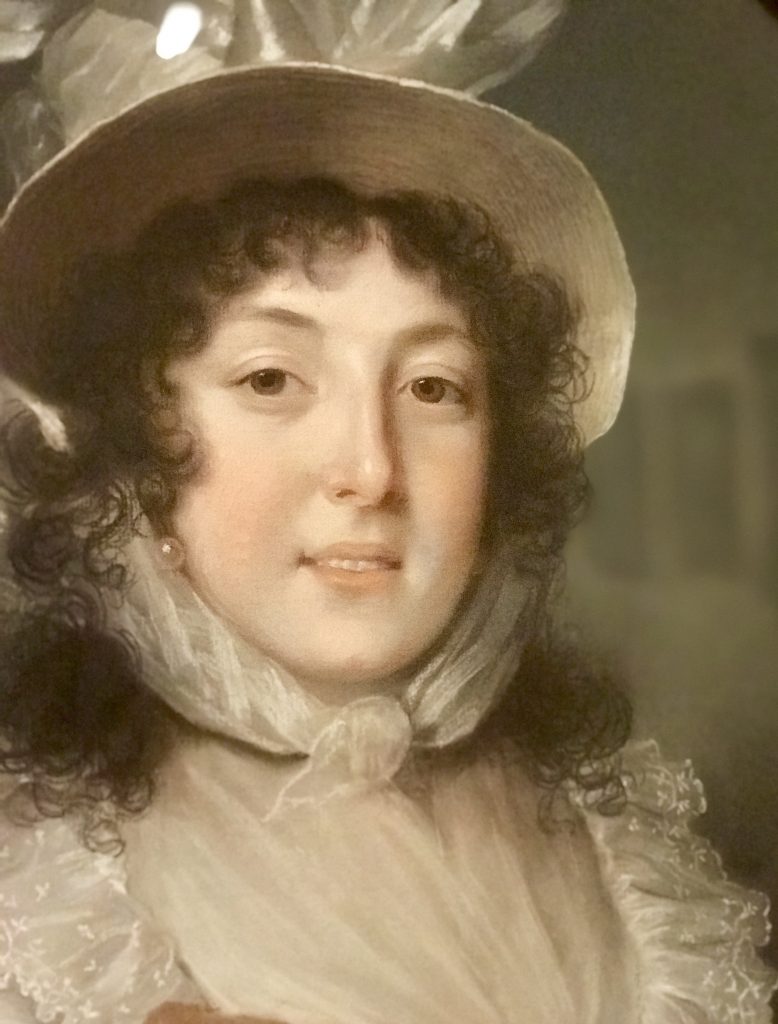 I’ll remind you that when they aren’t engaged in temporary exhibits, the Louvre pastels have a dedicated area in the Sully wing, where they are exhibited on a rotation to protect them from decay.