If you happen to be here by chance, please notice that this article is part of a series that explores the main stages of the fabulous Marie-Antoinette Tour 2019, created by Alice Mortali, President of Aimant, Italian Marie Antoinette Association (Here the complete series))

Day 2 – The upper floor rooms of the Petit Trianon

A special visit was included in this year’s Marie-Antoinette Tour, we were able to access the upper floor rooms of the Petit Trianon.

This estate, inside the park of Versailles, became famous for being queen Marie-Antoinette’s favourite haven.

However, to be precise, the building was designed for another “first lady of the court” who wasn’t queen at all.

Louis XV, grandfather and predecessor to Louis XVI, husband of Marie-Antoinette, wanted to offer the Petit Trianon to his favorite, Madame de Pompadour.

The building was finished only in 1768, but the great lady had died of pneumonia in 1764. The beautiful abode then became the idyllic love nest for Louis XV and his next favorite, Madame du Barry.

In May 1774, right within these walls, the king suffered a sudden illness and was immediately transported to Versailles to live his last hours.

That same year his successor, Louis XVI, gifted this estate to queen Marie-Antoinette.

Year after year, the Petit Trianon became a small paradise, completely fashioned after the queen’s taste, in every detail.

Within its boundaries, Marie Antoinette spent long and totally antithetic to court habits days, where every instant of the sovereigns’ lives was scanned, regulated and most of all public. Access was restricted to only the most intimate people, and there was just one rule: no etiquette.

Usually, it is possible to access the wonderful gardens and the rooms of the Maison where everyday life happened, but with this tour, we could access a part of the upper floor rooms usually closed to the public, the part dedicated to the queen’s times.

On this floor, Louis XV built personal apartments for himself and his entourage (the so-called “appartements des seigneurs”).

The king’s room has been carefully recreated. The “Turkish” bed evokes the one Louis XV had actually owned. The decor of the interiors, with Chinese-themed motifs, resembles the one found in a 1768 inventory. 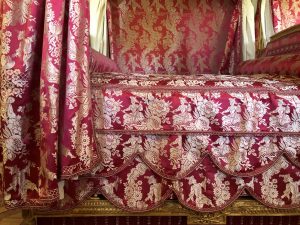 We know that his successor, Louis XVI, never used this room. He preferred to sleep in Versailles, near the court.

So, it’s possible that his sister, Madame Elisabeth, used it. We have already met this brave and devoted princess when we talked about the sad trial that sentenced her to death.

The other rooms – small and comfortable ones, more similar to the ones of lavish country abode than to a palace’s – are the restoration of the rooms occupied by the women of the Petit Trianon.

Apart from the queen and her sister-in-law, the young daughter of the queen, called Madame Royale, had her own room, right beside her aunt’s and not far from the one of her governess, the duchess of Polignac. 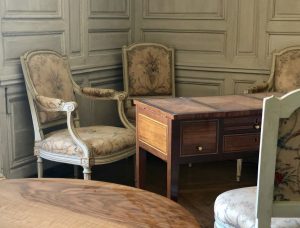 Same went for who had been the queen’s maid of honor, Madame de Chimay, and even for the femme de chambre (Marie-Antoinette’s maid and reader), the famous Madame Campan. Her memories are the detailed account of a privileged observer of the queen’s intimate life. 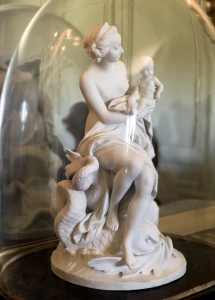 The tour continues to the rooms open to today’s public and well known by the queen’s enthusiasts.

The tour to the upper floor rooms of the Petit Trianon is included in guided tours, also including the main rooms of the Maison. You can book them on the palace’s website here.

But the tour’s second day is not over yet! After exploring the intimate life of the Petit Trianon, we found a small gem, one of the queen’s favorite entertainment places: her private theatre. 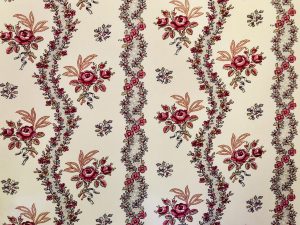