The  Île Saint-Louis is a little island on the Seine, less known than the much more famouse Île de la Cité, on which we can find Nôtre-Dame. However, there’s but a bridge dividing the two islands: the Saint Louis bridge, a stage for really good live music in the weekends. 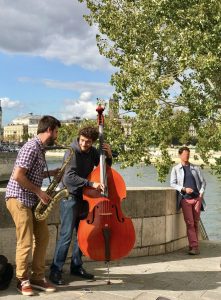 During the XVII century – the so-called Grand Siècle – the island was one of the most fashionable residential zones of the city. Having an apartment building facing the Seine was the best one could aim for, even if the seigneurs had to renounce the majestic Classical architectures because of the sore lack of space. Oh, well! Better to be elegant and uncomfortable rather than be left out.

(Also read: The Noble Residences of the Grand Siécle: architecture is a matter of social status) 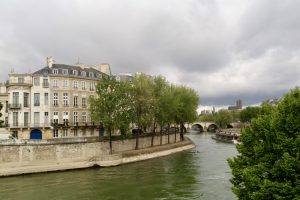 Leaving the main road where tourists always flock, the exploration of the Île Saint-Louis won’t leave you dissatisfied.

There are a lot of different kinds of fashionable Grand Siécle apartment buildings along the river banks, but I find one particularly worthy of mentioning.

The duke was the lover, and then the morganatic husband, of the greatest heiress of France: Anne-Marie-Louise d’Orléans (1627-1693), also known as la Grande Demoiselle, cousin to the Sun King.

The lady was in possession of a huge fortune and of a fiery and independent character, putting her in open contrast with her royal cousin, Louis XIV, to the point that, after her scandalous wedding with the duke – against the firm prohibition of His Majesty – she was banished from the court!

Watch out! The plot twists aren’t over yer. almost 150 years later, the bibliophile and collectionist Jérôme Pichon (1812-1896) bought the hôtel and refurbished it completely. Despite the quite invarive restoration of the time, it’s thanks to Pichon if we can still admire today the marvel of the Parisian 1600s. 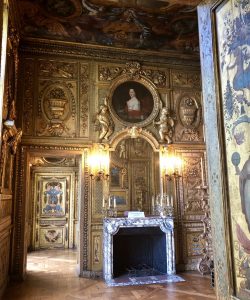 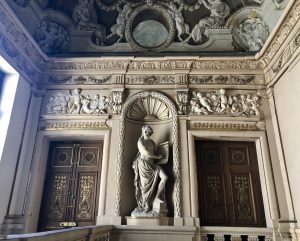 It’s here where Baudelaire composed the first poems of his extraordinary work, Les Fleurs du Mal, and Gautier himself signed the preface of the masterpiece.

It was at Boissard’s home, on the first floor of the hôtel, where the bizarre sessions of the Club des Hashischins happened. It had been founded by the same Théophile Gautiertogether with doctor Jacques-Joseph Moreau de Tours in 1844.

Doctor Moreau de Tours was a resourceful psychiatrist who had traveled for a long time in the East, where he had discovered the hallucinogenic effects of hashish and cannabis.

Moreau thought, like many of his colleagues of the time, that madness was caused by an altered state of the psyche where conscience remained trapped. So, Moreau decided to self-experiment the effects of the psychotropic substances that momentarily simulated that mysterious condition, so he could uncover its secrets and help his patients. From his experiments he produced an essay with the title: “Of Hashish and Mental Alienation.” (1845) 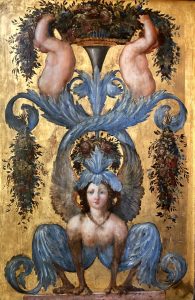 Who knows how the grotesque decorations of the hôtel de Lauzun appear under the influence of hashish!

The club des Hashischins had monthly gatherings to experiment the so-called fantasias, under the vigilant supervision of doctor Moreau who, in the occasion, abstained by any substance.

The doctor’s task wasn’t just to observe and document the experience, but also and foremost to stop any attempt ad defenestration, the bigger risk of every session. The things people do for science! 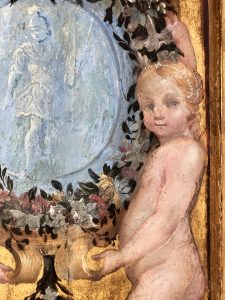 Many artists, scientists and literates partook to the gatherings of the Club des Hashischins, like the painter Eugène Delacroix, or writers Gérard de Nerval, Gustave Flaubert, Alexandre Dumas, Honoré de Balzac…don’t think about a smoke-filled room: hashish and cannabis were taken under the forms of patés, marmalades, bonbons, etc.

In the same year the club was founded, Alexandre Dumas published The Count of Montecristo where he described, in great detail, a scene of hashish “degustation”.

Théophile Gautier reported his experience even in a newspaper:

“In just some minutes I was flooded by a general numbness. I felt like my body was melting and becoming transparent. I could clearly see, in my chest, the haschich I had eaten as if it was an emerald from where a thousand little sparks were leaking; my eyelashes started to grow, limitlessly, curling up like golden threads […].
I could still barely see my companions, but they were half-men half-plants, with the thoughtful expression of an Ibis standing on one leg, of ostriches flapping wings so strange I was dying of laughter in my corner”. 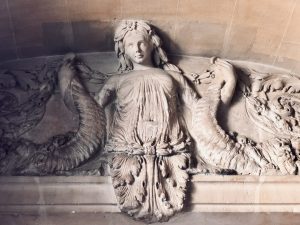 However, neither Gauthier nor Baudelaire attended the club for long, preferring the more fleeing inspiration of natural dreams to the temptation of the “artificial paradises”.

“The man subjugated by the haschischiques phenomenons […] is nothing but the same man enhanced, the same number raised to a much higer power.

May the people of the world, and the ignoramus curious to learn of the exceptional delights, know well then, they won’t find in hashish nothing miracolous, absolutely nothing more than the natural brought to its excess”. 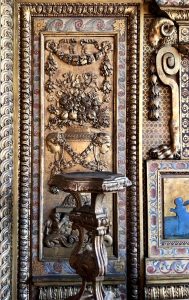 If you still haven’t, gift yourself a visit in this treasure chest (visits are in English and French).

Meanwhile, I wish you happy hunting for the marvels of Île Saint Louis! 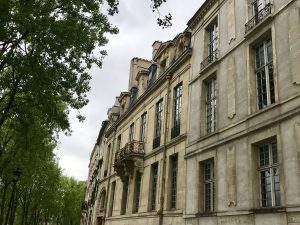