We already had the opportunity to discover the secrets of Giverny, a corner of Normandy that painter Claude Monet (1840-1926) turned into his home, first, and then into a hymn to light and color, the most personal source of inspiration for his work.

(You should also read: The secrets of Giverny, the Masterpiece by Claude Monet)

In the same village, just steps away from the famous painter’s house, there’s yer another almost unknown cradle of Impressionist art.

The ancient hotel Baudy has always offered shelter to wayfarers, but even if today sitting at its tables are mostly tourists, between XIX and XX century we would have seen a very different scene.

Made of two buildings, the property of Lucien and Angélina Baudywas divided between a bar-café, (the building painted pink on the left) and a grocery store (the épicerie, the building with the brick façade on the right).

In the spring of 1886, an impressive man, blabbering in an unintelligible French, unshaven and with a scowl on his face, entered the café looking for a room for the night. Angélina said no, thinking to be in front of a clochard.

One last-minute detail, though, remained to pique her curiosity: Madame Baudy had recognized with a glance the tools of the trade, the same as monsieur Claude Monet, her neighbor.

The stranger was, in fact, the American painter Willard Leroy Metcalf (1858-1925), barely thirty then, and student of the Julian private painting academy of Paris, Willard was in France to experiment firsthand the challenges of the new artistic movements of the end of the XIX century. The reputation of Claude Monet and of Normandy’s landscapes must have had a certain appeal to the young artist, to the point he simply had to personally explore the village of Giverny.

Some weeks later, Metcalf came back to the small Hotel Baudy with a group of colleagues from the academy, and this time the company was able to win Angélina’s trust. The legend had just begun.

It wasn’t long before a sort of an artist ritual migration started. At the weekend they picked up their paint, canvases, and brushes and jumped on the train to Giverny. They left to paint the beautiful landscapes of Normandy or to spend some time in the wonderful home of Claude Monet to talk about art, the passing of time, the hijinks of light and color.

This constant flow of groups from the capital was the foundation of the new hotel Baudy, who was officially opened in June 1891.

With an atelier on the first floor with a wide window – facing north, as it was necessary -, the hotel offered something entirely new: the first hotel-café-grocery store specifically created to host artists!

Despite the very low prices – because we all know painters are traditionally broke – the boarding house offered qualified and warm hospitality.

For the joy of its foreign customers (American, Swiss, Scottish, English…), Madame Baudy made an effort to learn recipes from overseas, learned how to make tea and mastered the secret ingredients for a good Christmas Pudding.

In 1887, in the maison’s garden, was established the first independent atelier of Giverny, where painters who came here to work en plein air (‘in the open air’) could gather to complete their works. 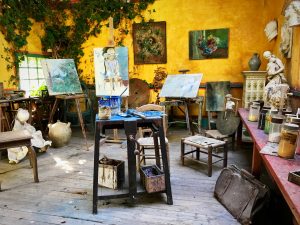 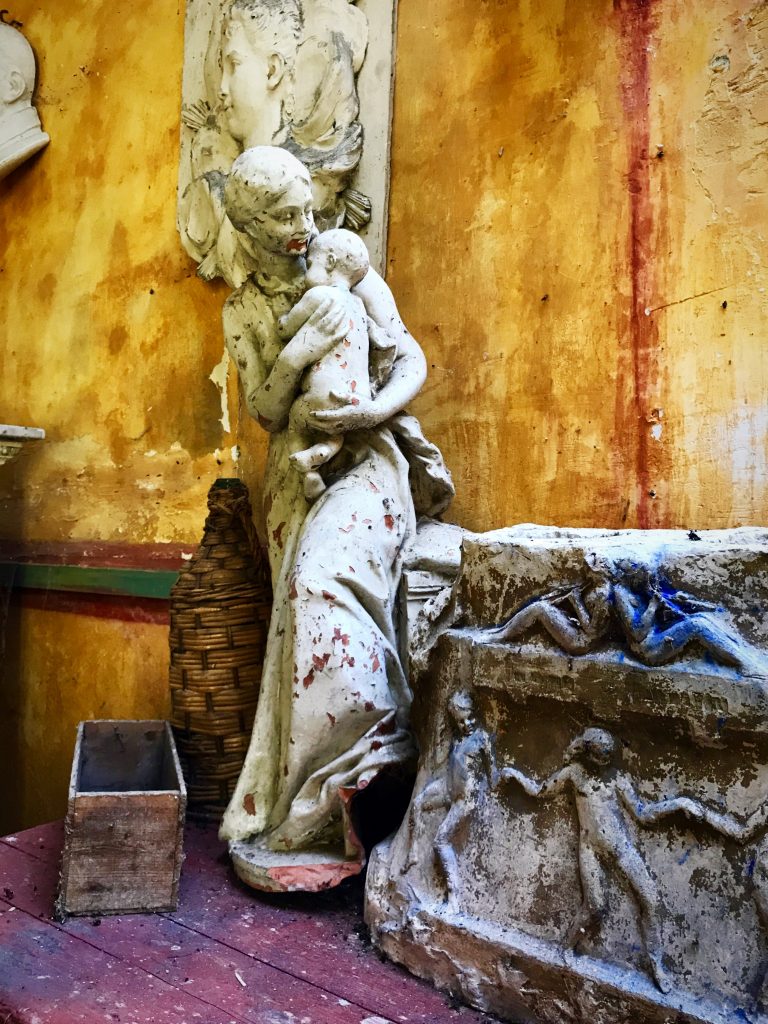 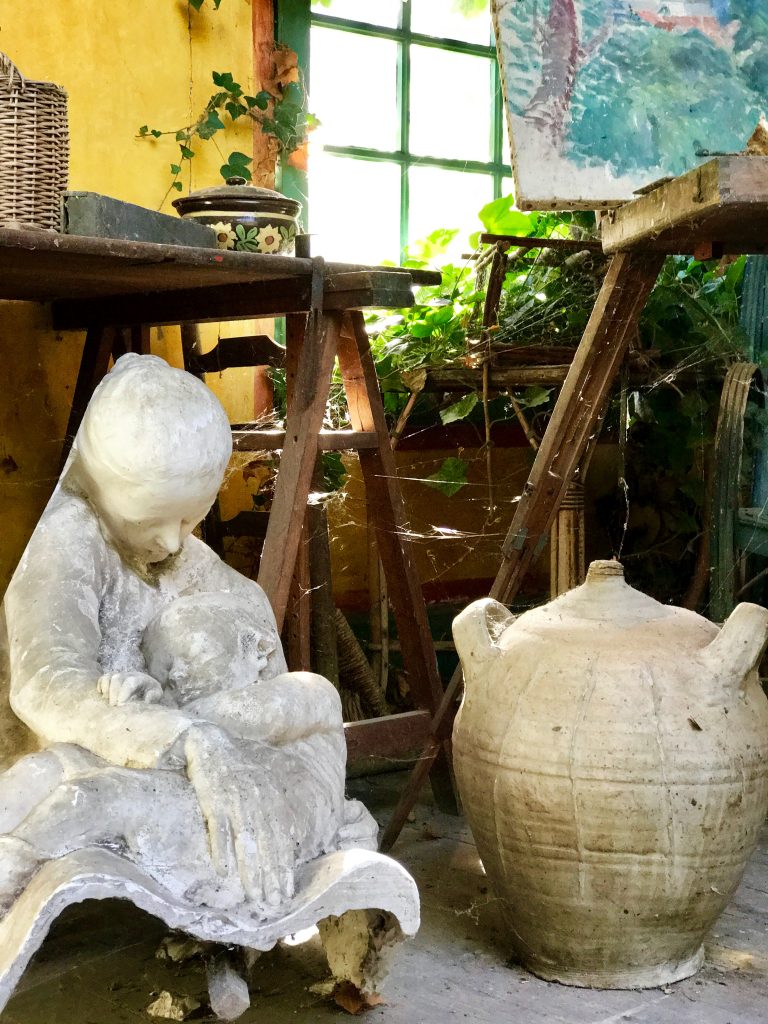 Life at the hotel Baudy was as lively as it could be: balls, booze-ups, hunting, boat trips, tennis matches and, of course, art! The painters were soon joined by sculptors, poets, writers…

It wasn’t so strange that the bill was paid in paintings, and the walls of the hotel Baudy were covered in canvases that, some years later, would reach an astronomical value.

Robinson, Dawson, Butler are just some of the most influential names of the lively community that even produced its own magazine: “Le Courrier Innocent” (‘The Innocent Courier’), redacted and illustrated by the hotel’s patrons, bien-sûr!

This lush corner was one of the cradles of European and American modern art until the year 1914 and the coming of WWI that recalled the hosts of the hotel Baudy to their own Countries.

The atelier in the garden is still there, muffled in greenery. Ask for the toilet and dare to explore the backyard. You’ll experience a strange atmosphere as if the artist could be back at any moment now: Claude Monet, Paul Cézanne, Alfred Sisley, Auguste Rodin, Mary Cassatt, Auguste Renoir are just some of the spirits that still shroud this hidden place with their memory. 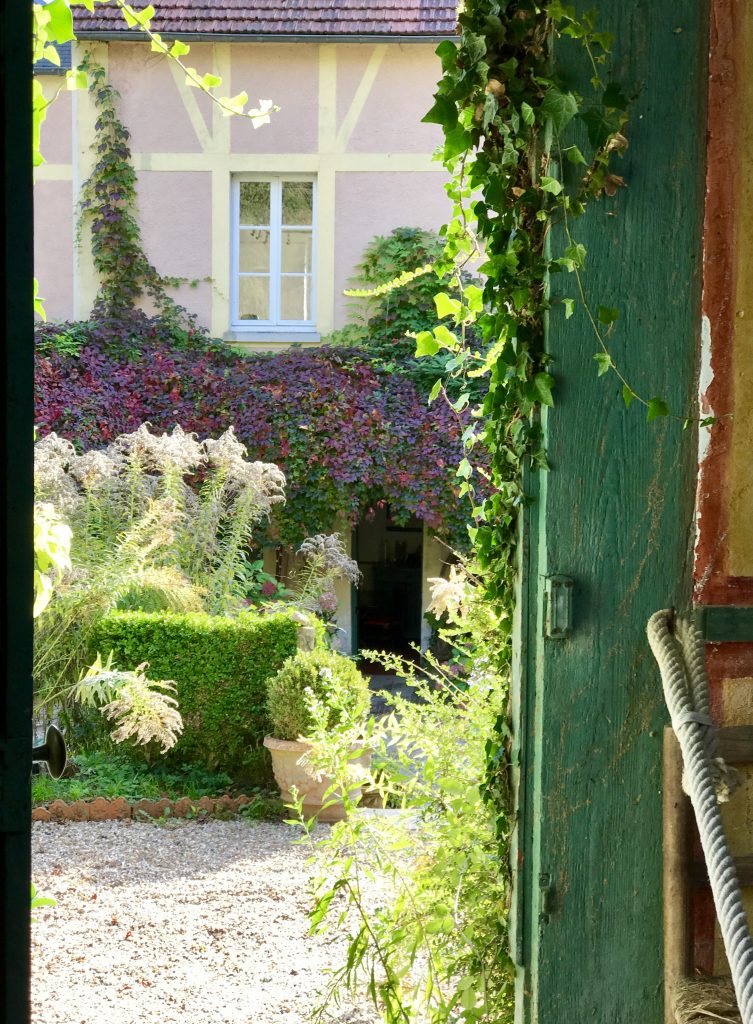