In Paris you could find dozens of paper Wonderlands, but one of my favourites is definitely the little “The Abbey Bookshop“, a half-hidden nook in the Latin Quarter, at 29, rue de la Parcheminerie.

Compared to the more famous Shakespeare and Company, of which I told you before and that’s not so far, this cranny of stories is narrower and less crowded, but holds just as many treasures. I particularly recommend it to those who love to patiently go through everything, looking for just that special book. 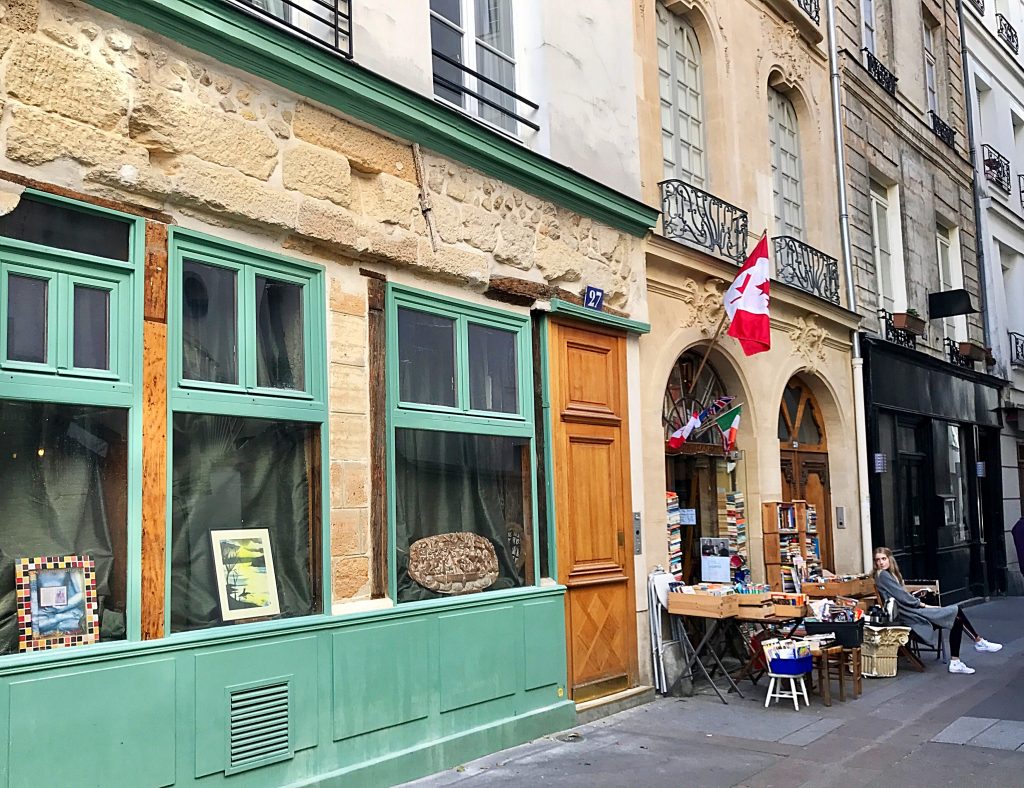 The books are used and new, and they come from Canada, United Kingdom and USA, often in English, but not only. The Abbey Bookshop is a hotspot for students and foreign readers, yes, but also for French people who want to fine-tune their English proficiency. 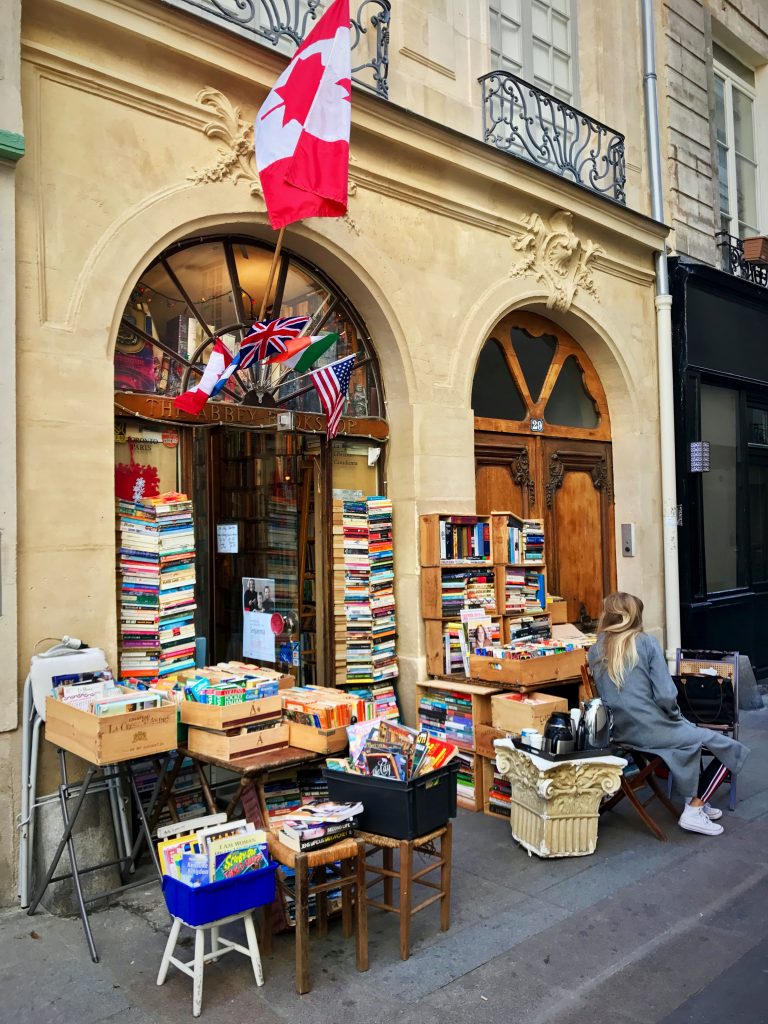 It could almost seem impossible to proceed through the thick piles of volumes and the delightful confusion of this bookshop, offering an exceptional abundancy and variety of titles.

Here’s a surprise in every corner. I still remember when I found here a rare edition of a wonderfully illustrated anthology of European folklore from the 70s. When I went to pay, the owner – who knows his bookshop like the palm of his hand – looked at me with a smile: «Where did you find this? I haven’t seen one in a while».

So, magic still happens in the universe of ink-drenched possibilities of the “The Abbey Bookshop”, a corner incarnating the atmosphere of the Latin Quarter. 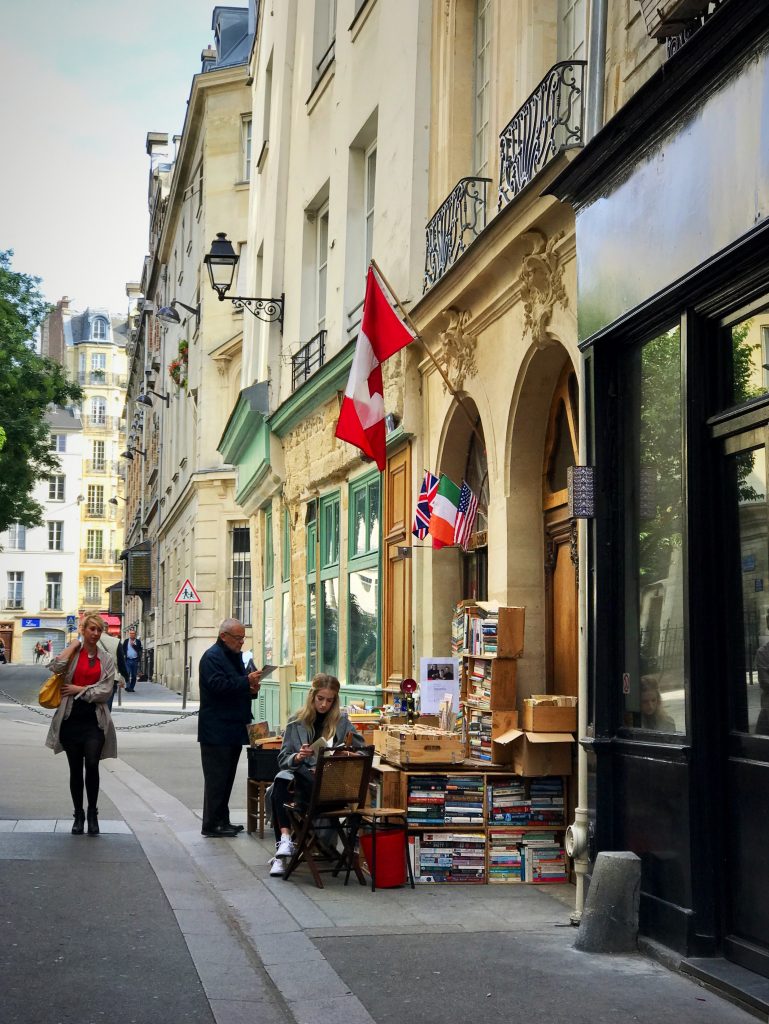 This small street, rue de la Parcheminerie (V arrondissement), is not very crowded today but, since the Middle-Ages, had known long spells of cultural agitation. The owner himself, Brian Spence, tells me.

«In 1989 I decided to move to Paris my Bookshop, from Toronto (that’s why there’s a Canadian flag at the entrance). I chose the old rue de la Parcheminerie because it felt like the best choice: not only we’re in the heart of the old university quarter, but the parcheminerie is where parchemins (parchments),  the ancestors of books, are made and sold. Moreover, the existence of this street goes back to 1273, when it was called “rue des Écrivains” (‘writers’ street’)».

What to say? Destiny’s in a name! 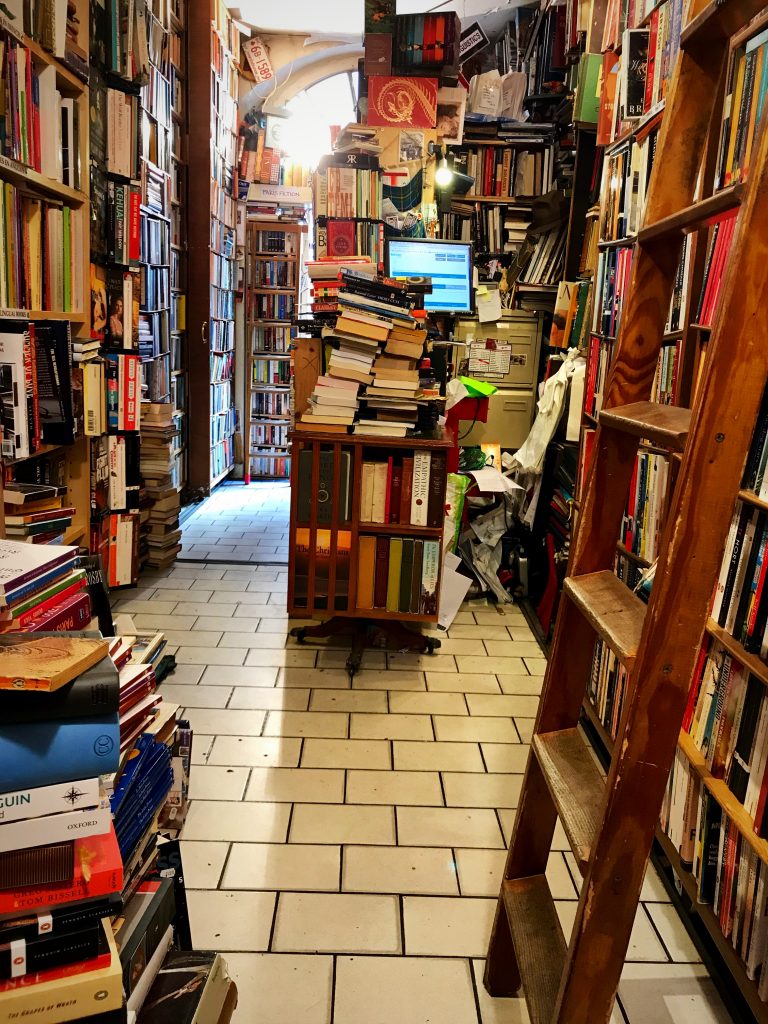 In this culture-consacrated street, the most relevant bookshop couldn’t but tie its name to the quarter: The Abbey Bookshop: in fact, not so far, we can find the old Church of Saint Séverin, whose gothic cloister very much recalls Harry Potter’s Hogwarts.

It is also true that Brian’s bookshop, with its walls completely covered in books, in a quite evident horror vacui, brings me to the merry street shops in the fantastic quarter of Diagon Alley. 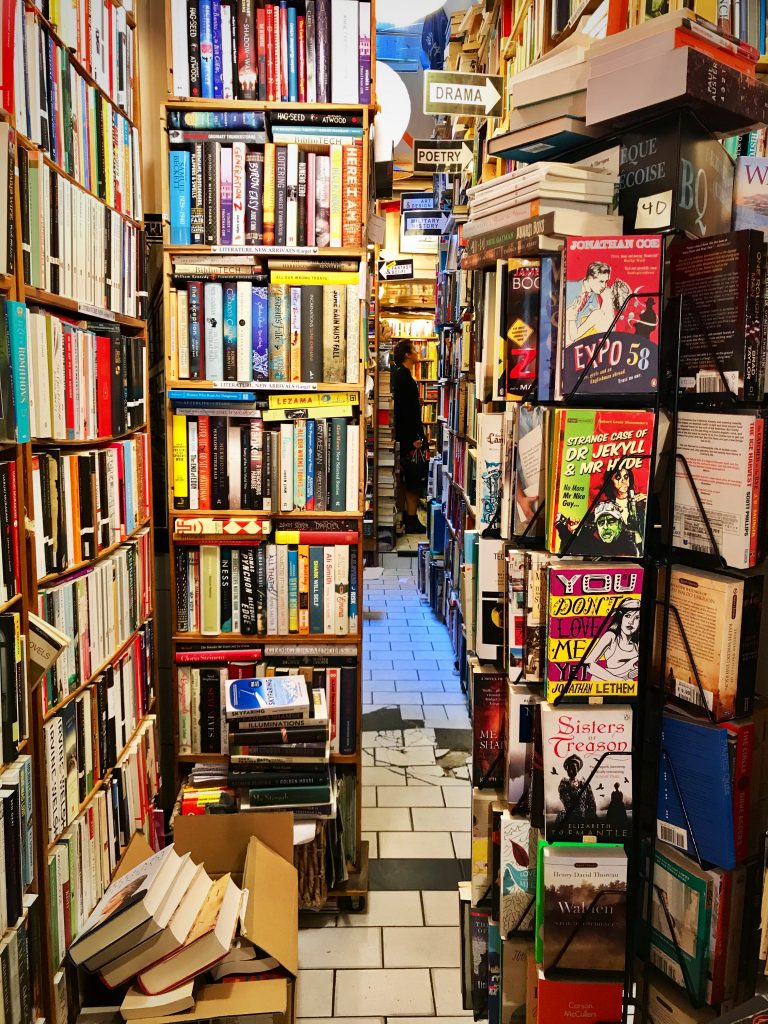 The Abbey Bookshop is well worth a visit. I often seek refuge under its roof in the rainy days, and I ended up growing incredibly fond of his narrow passages between the books, making it look like a paper jungle. I even celebrated its 25° anniversary in 2014: I still keep the postcard printed for the occasion. 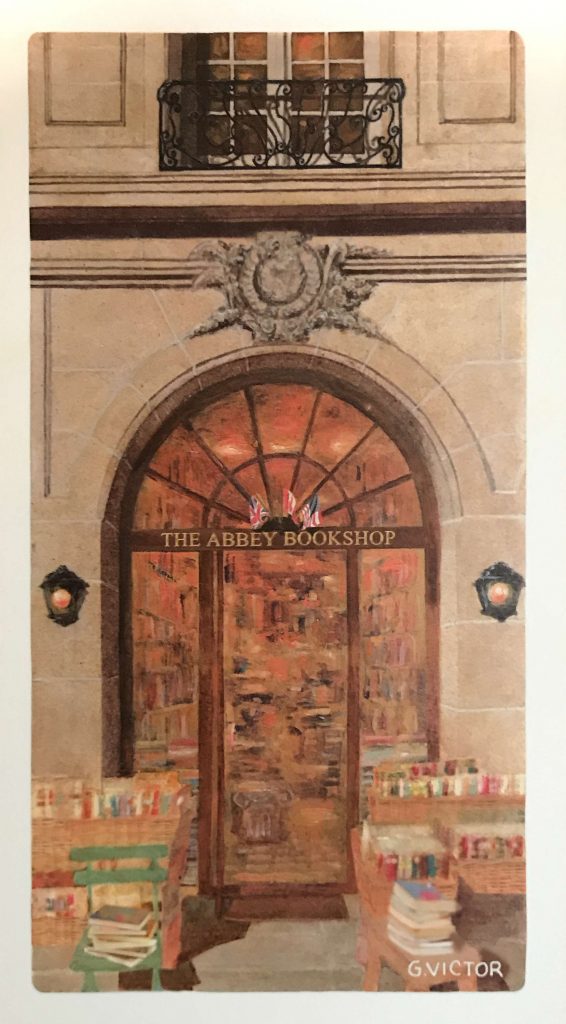 Have a nice time exploring the cramped alleys of stories in Brian’s library, and don’t lose sight of the exit!