That’s a suggestion for an unforgettable trip, just 75 kilometers from Paris, towards a beautiful medieval hamlet, renowned for its blue wool drapes, its intricate dungeons, and its roses.

In Summer, Paris’s mugginess could make it necessary to escape in the country. A comfortable train (Transilien) from Gare de l’Est could, for example, take you to the medieval hamlet of Provins, a UNESCO World Heritage.

As soon as you exit the station, you find yourself in a relaxing water town. 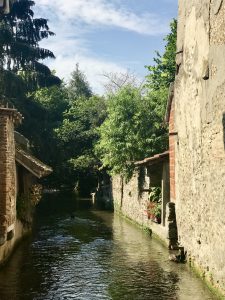 Nothing compared to Venice, but the sheer amount of canals and streams is commendable.

Provins is built on a small plateau between two rivers: the Durteint and the Voulzie, whose waters had been largely canalized to help the development of the numerous craft activities gathering at the base of the ancient hamlet.

Even if it looks like any other ancient little town in France, Provins has quite a peculiar history.

Its peak moment was in 1200, a thriving and happy period for the whole of Europe which, thanks to a particularly mild and rainy climate, had had decades of plentiful harvests. When there’s food aplenty, economy blooms and trade becomes so important it redefines geography itself, and Provins is the proof ot this. 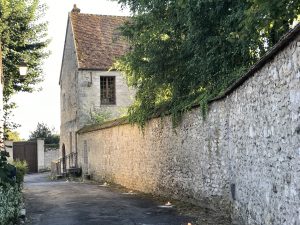 Starting from 1100, Provins was the center of great fairs that are hard to imagine today. These great gatherings brought to the city goods and merchants from any corner of the known world, and to find a place to put them all was far from simple!

For two months the hamlet was unrecognizable. Goods, animals, and people lived shoulder to shoulder and to find an isolated corner was almost impossible. Even part of the twisted dungeons were converted into hostels and warehouses, with the resulting dense coming and going. 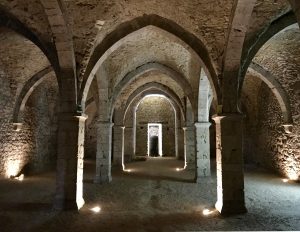 The hill dungeons were born as quarries to extract the limestone of which the older part of the town – the one on the plateau – was built.

The limestone extracted from the foot of the hill is more tender, and it was used in many crafts, particularly for the fundamental wool production of Provins, renowned in the whole of Europe for its famous blue drapes.

As you learn from the guided tour – only a small part, even if fascinating, is open to the public, and you can’t miss it! – it seems that Provins’s trade wasn’t just in material goods or legal trading… 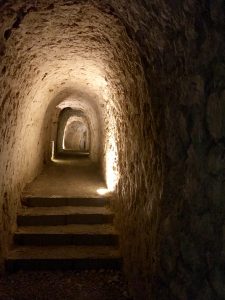 The most curious “secret” use of the galleries dates back to the XVIII century, at the dawn of the French Revolution, a period when the masonry used to be all the rage and spreading like wildfire. 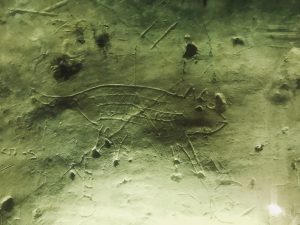 Just in those times, a new lodge settled in Provins, and they didn’t wait long before using some of the underground halls for its rites. It appears that one of those in particular, exactly under the headquarters where the lodge gathered, was used for initiation rites for new adepts, who had to pass the night here in darkness and solitude before they could resurface in the light as “new” men. A sort of “death and resurrection” rite. 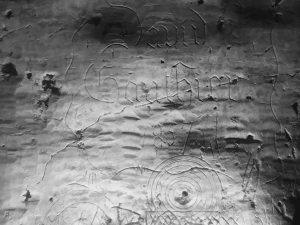 A very young Jules Verne spent his holidays in these tunnels and from here, they said, he got his inspiration for his novel “Travel to the Center of the Earth.” 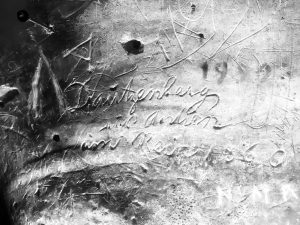 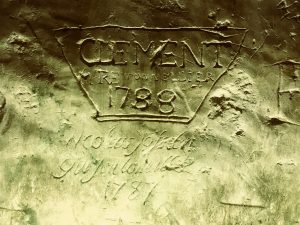 Provins doesn’t have only cool and mysterious dungeons to welcome its visitors – and they’re really cool, so much they were used, in the past, as morgues! -, but also a show of past architecture and the history of the lords of Champagne who owned the region.

In a respectable medieval town, there has to be a gothic church. The wonderful Saint-Quiriace took almost 350 years to be completed and, to be honest, it never was! 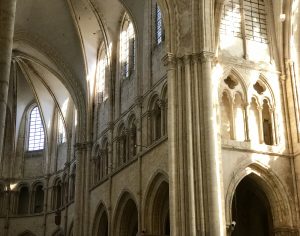 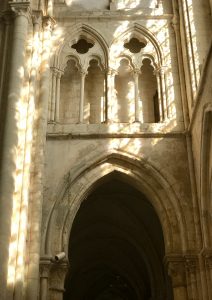 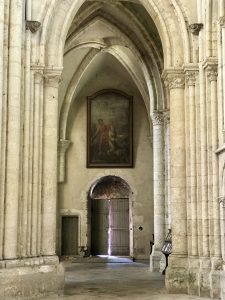 Now, let’s take a look at the natural beauties for which Provins is mostly renowned: the rose!

The legend says that, in 1240, the Count of Champagne and King of Navarre, Thibaut IV, brought from the Holy Land healing rose variety. 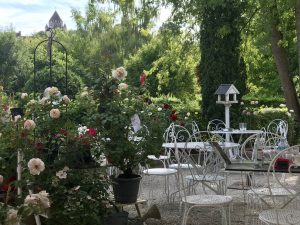 I can’t tell if the remedy really works for the great number of diseases it was used for, but what’s certain is that Provins’s Rose Garden, today, has the power to cure the soul, relax and inspire, especially if you complete the experience with a drop of rose syrup from the café. 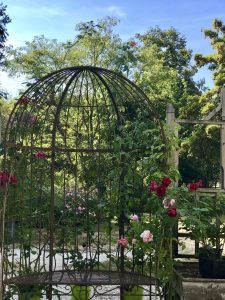 And to do things in style, in July and August – usually the first Saturday of the month – the town is only lit in candlelight to recreate the atmosphere of the past. (check the dates on Provins’s tourism site, here).