Personal apartments of Louis XV and his favourites. 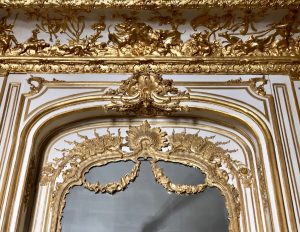 After visiting some private rooms of Louis XVI and his wife, Marie-Antoinette, the tour dedicated to the intimate life of the Kings in Versailles continues into the previous period, Louis XV‘s reign (1710-1774)

Unlike his grandfather and predecessor – the famous Sun King – Louis XV was a shy, introverted man, feeling uneasy in the public life his role demanded.

To have, at least, a personal life on a more human scale, the king had personal apartments set up in the palace, made of small and comfortable rooms.

Some of the first floor rooms, where the Sun King had once exhibited his art collections, were converted to this end. 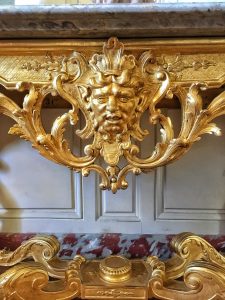 Only people personally selected by the sovereign could access these rooms, unlike the Grands Apartments official rooms where the members of the court had free access.

Within these walls the so-called « petit-couvert » took place, the personal dining moments with just the royal family.

Marie-Antoinette, who was then very young, regularly partook to these family reunions as the wife of the dauphin, the future Louis XVI. 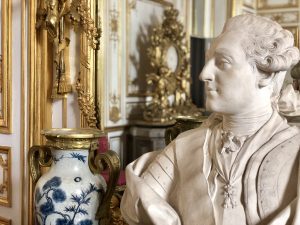 Because of Louis XV‘s notorious weakness for women, apart from these rooms, he needed some other comfortable rooms that could harbor his favorite of choice.

Precisely over his personal rooms, the King put his most famous lovers – obviously not at the same time! – and these are the rooms accessible with the tour. 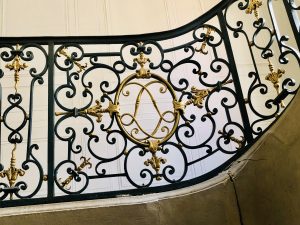 The court was an insidious place for a woman who couldn’t count on noble birth, but Jeanne-Antoinette Poisson – that was her real name – managed to get where she wanted, in the arms of the king, at the top of the pyramid itself.

Even if deeply criticized because of her birth, Madame de Pompadour dictated the fashion of her time.

Patron of arts and of the new Enlightenment ideas that were already spreading, the marquise helped the development of the roccaille (or rococo) style, influencing the rest of Europe.

Jeanne’s position in the King’s heart was so deeply rooted that she was allowed to keep using those rooms even when her relationship with Louis XV had completely lost its most physical part.

This twenty-years long relationship shows that the king needed a friend, a confidante, someone he who could actually trust, more than just a lover.

(Also reado: “The wonderful pastels of the Louvre and some gossip“). 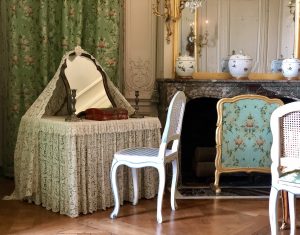 After the death of Madame de Pompadour, only the passionate Jeanne Becù was able to give back to Louis XV some of his lost vigors.

If the relationship of the king with a simple bourgeoise had outraged the court, we could easily imagine what the reactions were to the next official passion, the one for an actual working prostitute.

The rooms of Madame du Barry are mostly the same as Pompadour’s, exactly over the king’s personal room, with a view on the Marble Court. 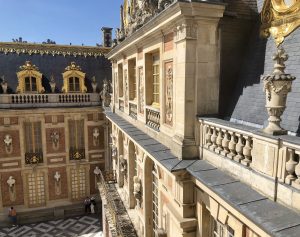 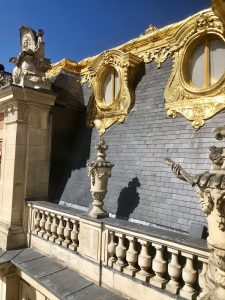 Unlike the Pompadour, du Barry never dabbled in politics, yet, she never had a lack of enemies.

First in line, as many know, there was the young dauphine herself: Marie-Antoinette.

During the golden age of Madame du Barry, Marie-Antoinette was a teenager, just arrived from Austria. The court she now had to enthrall was not only cold and stern, but also biased against her family, the Hauptsburgs, historical enemies of France.

To strengthen her insecure position, the young woman felt the crushing urge to produce an heir to the throne. An endeavor far from easy, since her husband – Louis XVI – was particularly unforthcoming in fulfilling his husbandly duties. 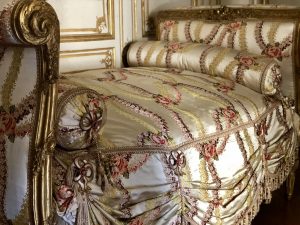 We could imagine the effect that the favorite could have had on her: more mature, more beautiful, more woman, more everything.

As a final touch, we have to add the influence that the bigot Mesdames Tantes, (“Lady Aunts”) the daughters of Louis XV that couldn’t stomach the liaison of their father with the du Barry, had on Marie-Antoinette. 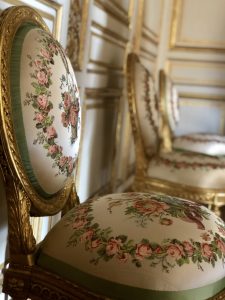 Forget the rude character of Sofia Coppola’s “Marie-Antoinette“, where the du Barry is depicted as the future queen saw her when she arrived in Versailles.

Thanks to her love affairs, Jeanne Beçu had rubbed elbows with the finest and learnt the aristocracy’s etiquette.

Someone pointed out that she was even more impeccable than Madame de Pompadour who, even if extremely well-read, never really lost her bourgeois manners.

We have wandered enough in the belly of the palace. Now, it’s time to dash to the personal paradise of the queen to whom Alice Mortali’s tour is dedicated: the Petit Trianon.