Today, the mome-raths decided to show me a palace outside of Paris. But since their paths are never predictable, they didn’t lead me to Versailles. Just 80 km from the Capital, in fact, it’s possible to explore, just in a day, another wonder: The Château de Compiègne guarantees royal atmospheres and wonderful gardens, with fewer tourists and fewer selfie-sticks. 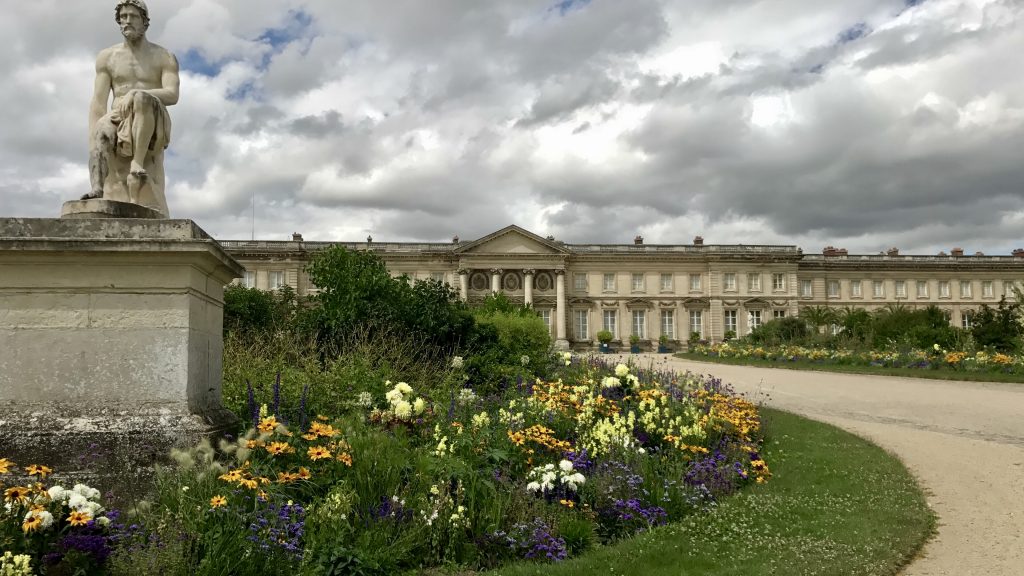 Exploring this box of histories was long and engaging, and I’ll try to give you just some appetizers of the tidbits you could find here.

The old medieval manor of Compiègne, at the beginning of 1700, could flaunt an enviable position, on the brink of an enormous forest, but its gloomy demodées walls couldn’t appeal to a king with a classical taste like Louis XV (1710-1774).

His Majesty usually resided at Versailles, and he had decided to use Compiégne, and so it had to be transformed to make him feel at home. Said and done: after years of refurbishment, the old manor changed into something quite different, upgraded to the classical taste of the times.

The royal couple that came after him, Louis XVI (1754-1793) and Marie-Antoinette (1770-1793), left their mark in the following years, especially in the hall decorations. After it is known, the French Revolution decided to implement a “democratizing” policy, so to speak, on the aristocratic manors of the entire nation. Therefore, the sovereigns’ furniture was ransacked or sold.

It was Napoleon I who restored the palace’s splendor. The halls were transformed according to the new aesthetics the Emperor wanted to promote, mimicking ancient Rome and Greece, a sort of the brand that would be known as “Empire style”.

Napoleon’s nephew, Napoleon III turned the palace of Compiègne an imperial palace, central to the court life and, consequently, they had to confirm the rooms to host a great number of guests.

Every fall, the so-called séries (‘series’) of guests were summoned to Compiégne, a mix of eighty high-profile personalities, accurately selected together with Empress Eugénie. There was the diplomatic series (of which the famous Countess of Castiglione was a member), the military, the artistic, the fashionable and, ultimately, the aristocratic. Every series lived in Compiégne for four days, plus arrival and departure days. During their stay, everyone could admire the opulence of the Second Empire, sharing the intimacy of court life, between hunting, games, balls, shows, and concerts. A perfect representation of the frenetic, stressful lazing about or, to be precise, “keeping occupied” of the Second Empire’s elite, in a nutshell.

Passionate admirer of the Queen of France Marie-Antoinette, Empress Eugénie furnished her own tea room in Compiégne with chinas from the XVIII century, according to right to the taste of Her Majesty. The chairs came from the Saint-Cloud cabinet of the famous queen. They were stuffed so they would be more comfortable and they joined the contemporary furniture of a more bourgeois taste, creating one of the more famous interior designs of the time.

In the Castle, we can find two museums you can’t miss out on. Apart from the classical tour of the rooms, there’s the Car Museum and the Museum of the Second Empire, where you could admire the famous painting of the most fashionable portraitist of the time, I talked about him in another article, Winterhalter, who painted Empress Eugénie with her ladies in waiting. (1855)

I absolutely recommend a visit to Compiégne. If you get there early, you could be so lucky to find its halls almost empty, as I did, and be able to take a few spins in the ballroom…(Visit the site of the Chateau de Compiègne here).