From Montparnasse Station, in about one hour, you could reach the ancient town of Chartres.

For those who, like me, are enchanted by the stone marvels that mostly unknown architects have scattered around Europe between the XII and the XVI century, this is a must-see destination. 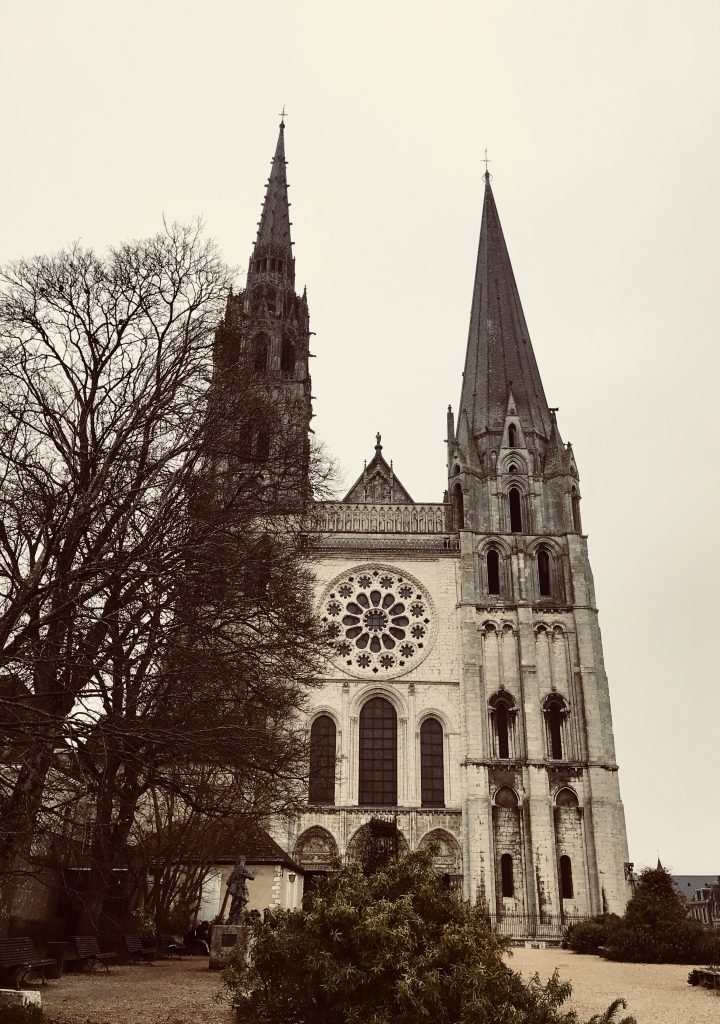 The pretty town of Chartres wouldn’t be so known in the world if it wasn’t for its prestigious guardian, the beautiful Nôtre-Dame Cathedral, keeping watch over the Eure river’s valley since the end of 1100.

Maybe the asymmetry of the façade could irk the more obsessive-compulsive people, but in this case, it’s an architectural poetic license authorized by history itself!

The southern tower, on the left, is more ancient than the northern, and as such simpler. It was built at a time when the gothic style was at its birth, between the XII and the XIII century. The tower on the left, au contraire, was built at the peak of the thirteen-century gothic style, and it has the face to prove it in the complex decoration. 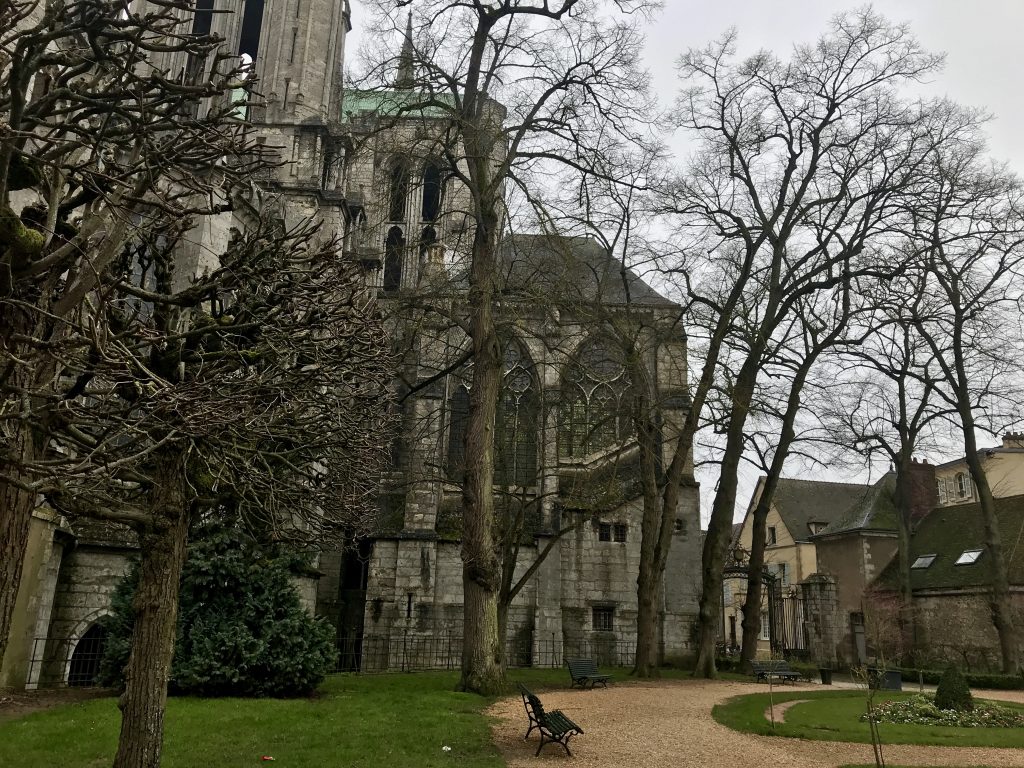 I’m not going to tell all the vicissitudes that made Chartres a crucial place of pilgrimage of the history of Christianity. I’m simply going to invite you to bask in the marvel of the real stars of the cathedral: light, shadows, and color. 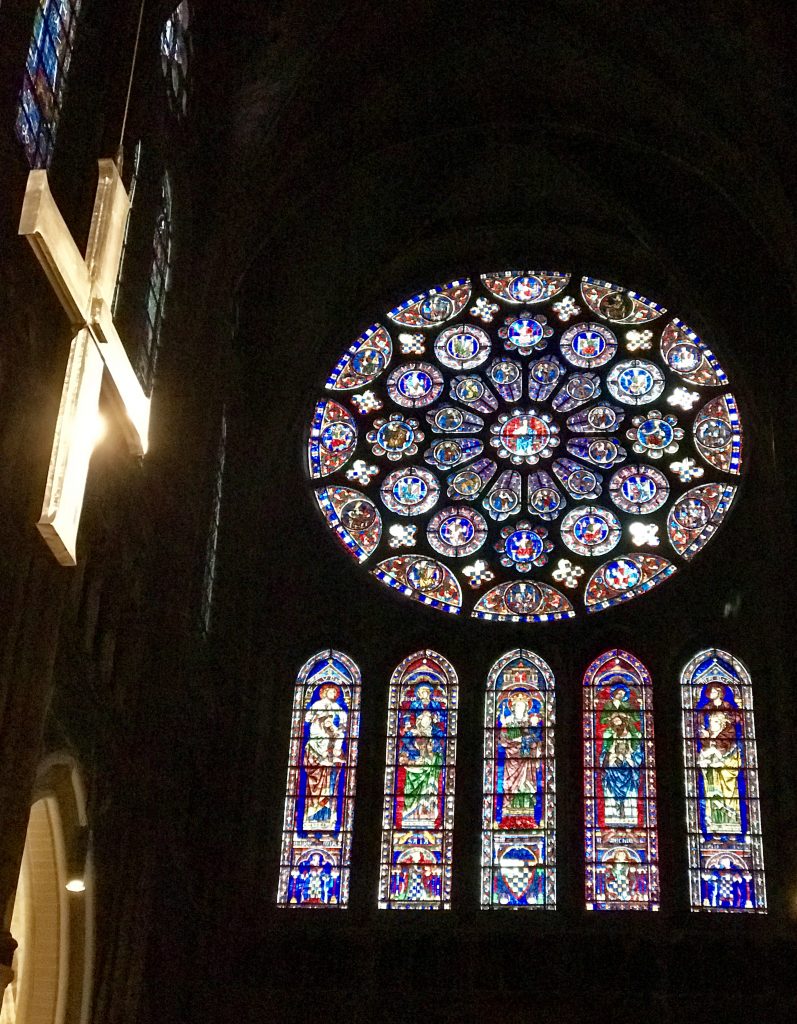 Chartres’s gift is the alchemy of narration: tales of stone, of light and glass, stories that the illiterates of the time could read better than us. 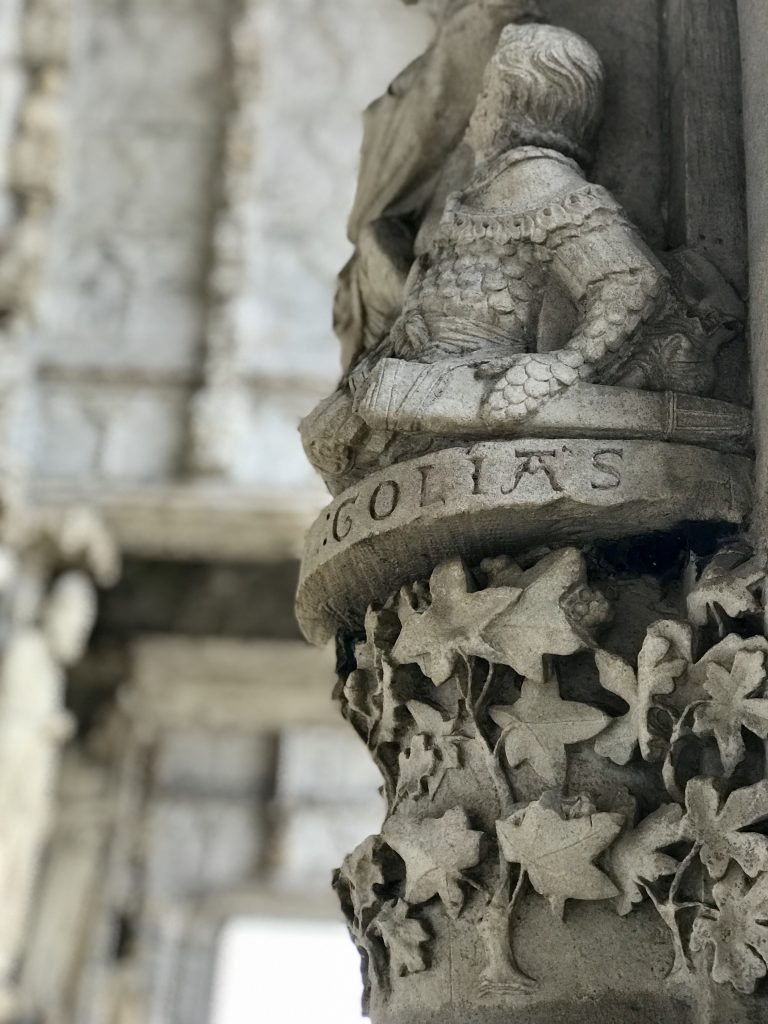 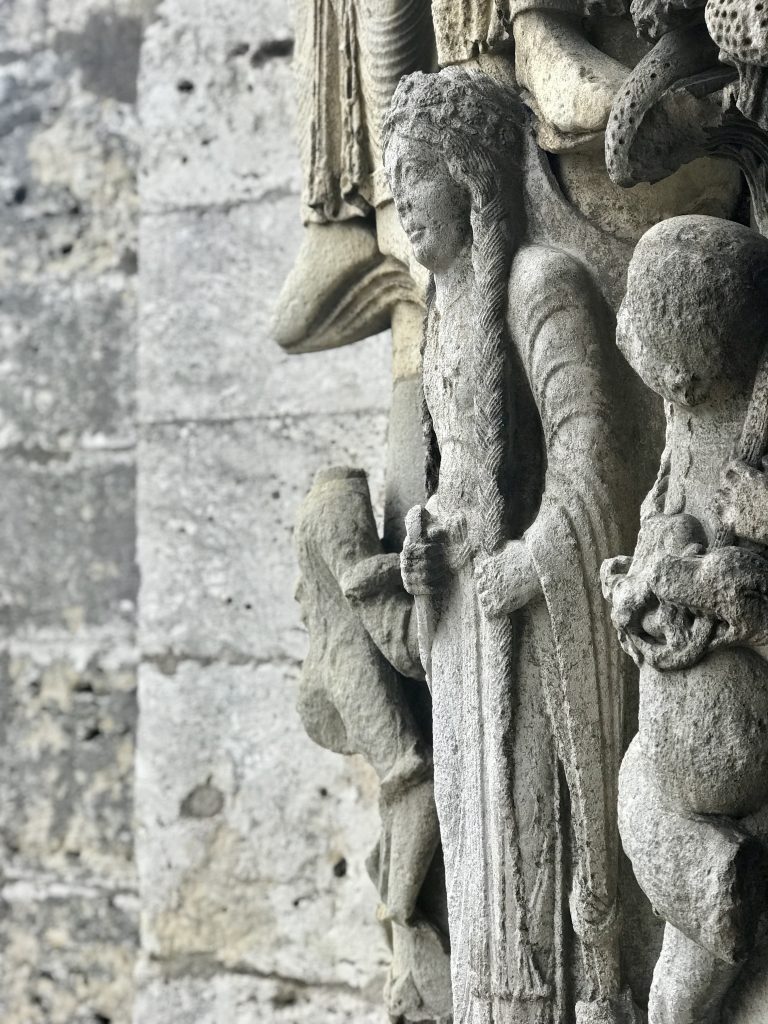 To get all the details takes time, a precious resource we too often waste in the vain attempt to save some, but if we try to take some time for this, we’ll be rewarded.

For instance, on the main façade, well hidden between a line of columns decorated with geometrical and apparently abstract motifs, you can discover an entire zodiac! 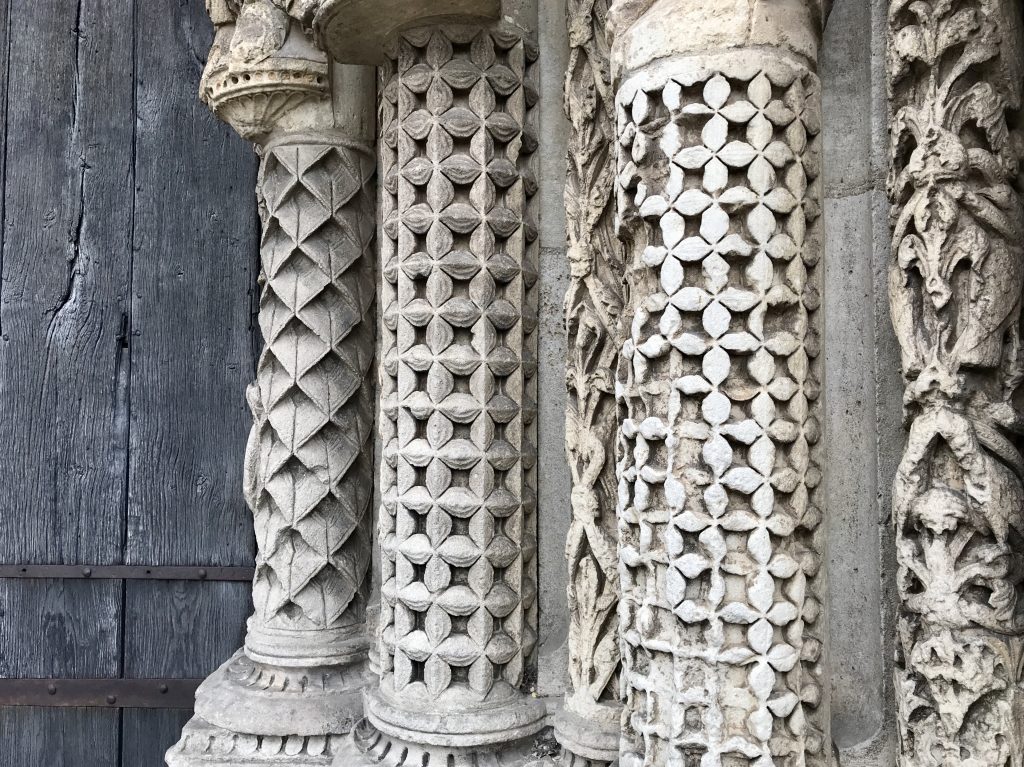 Inside, on the floor of the central aisle, look for the legendary maze, the only one in France dating back to the construction period of the Cathedral, the beginning of the XIII century.

This ancient symbol, inherited from the pagan and pre-Christian tradition, was known at the time as “the Path to Jerusalem” because it represents the pilgrimage of the soul towards the sacred dimension, a path to be taken on while kneeling and declaiming the Miserere.

There are four zones and eleven concentric rings you have to cross before getting to the six-petals central flower whose key element – the seventh, the sacred number of Creation – is missing. The initiate who conquers the end of the maze could take a position in the center and complete the mystical design: he’s the seventh petal!

The path is not a game, but a deep meditation about the sense of one’s own personal journey.

As soon as you enter the maze you get to the center just in a few steps, so you could think that the ultimate goal is kind of low-commitment, that there are shortcuts.

At this point, there are two possibilities, and in both cases, there’s danger ahoy. The initiate could choose to stop right there, at the last step, sure to have the knowledge, the enlightenment, the truth, refusing to see how, instead, it’s necessary to double back and toil some more. Or he could go on, realizing he doesn’t know anything at all: all of a sudden, the mystical flower gets farther, until it disappears, and the soul lightly brushes against the loss of all hope, of surrender. To find the strength to reach the center you need exceptional inner resources.

In short: the maze warns you against presumption, impatience, sloth, and urges you to go on, always and in any case. Come and try it!

Every evening, from April to September, the show of wonderful colored lights that caresses and lights up the beautiful sculptures of the cathedral’s façade carries the gawper towards a strange dimension, with a surreal atmosphere. But most of all returns the colors that these giants of stone paraded when they were built.

A bright provocation to the “dark ages” fame that for too long has guided our conception of the Middle Ages, limiting it.

Have a great experience everyone!